Early childhood is a crucial period for brain development.

Cognition in children and their brain development early childhood is affected in large and small ways by the culture.

This includes the culture of family environment in which he or she is embedded. 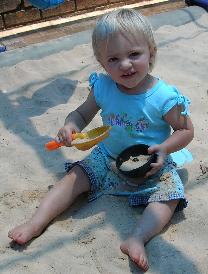 Jean Piaget believed that children move through different stages of cognitive development that allow them to think in new, more complex ways.

Child cognitive development results from a dialectical process whereby a child learns through problem-solving experiences shared with someone else, usually a parent or teacher but sometimes siblings sharing bedrooms or peer influence.

Cognition in children can be defined as the set of processes that enable children to gain information about their environments.

Here you will find a collection of advice, suggestions, tips and techniques about cognition in children and brain gym exercises.

Brain gym research has shown that language acquisition in children fails to happen unless the children are exposed to language.

You probably might find that your toddler occasionally fails to respond when you speak to her.

The problem is that you compete against many other sources of stimulation.

There's so much to attract your toddler's attention that it is hardly surprising that she doesn't always listen to you.

You can help her develop her learning and cognition skills by putting a "name" prompt into the sentence. For instance, if you want her to follow an instruction, start off by saying her name, and only deliver the instruction when she turns around and makes eye contact with you.

The more she listens, the more she learns and the better for her cognition and language development.

What is object permanence? It is when you put, say, a pullover into a drawer and then close the drawer, the pullover is still there even though you can't see it.

It's not until your toddler is older than 18 months that he fully grasps this concept.

Before this stage, he would stop looking for an object that was out of his line of vision. It was a case of out of sight, out of mind.

Now, however, he fully understands object permanence - so he looks for an object even though he didn't actually see where it was placed.

An intelligence test is a series of small tasks that some psychologists use to assess child brain development (learning and cognition in children) and early child cognitive development.

Intelligence tests are standardized, which means that an individual child's score is compared against the typical score for a child of her age (peer learning ability).

Although these tests were once extremely popular, many psychologists don't use them nowadays because there are serious questions concerning the reliability and validity of such assessments.

In addition, they are thought by some professionals to be too narrow, resulting in an inaccurate picture of the child's true social and emotional development learning potential.

Psychologists use the term animism to refer to a child's tendency to ascribe human qualities to non-human objects.

At the age of 2½ years, your child is in the imagination stage. He might tell you that the moon smiles at him every night. Or if he sees that your car has a dent in it, he may try to cuddle it in order to make if feel better.

To improve imagination and his ability to use symbolism, makes him feel more secure.

His tendency towards the imagination stage lasts for several years, and some adults retain this thought pattern.

You have probably formed your own opinion of cognition in children as well as your child's brain development early childhood ability by now, and you may have already unconsciously decided whether she's bright, average, or even a slow learner. You should never underestimate development cognitive wise in children. They always tend to surprise us.

But this can create what psychologist's call "a self-fulfilling prophecy".

Suppose, you think your child is not very clever. You'll expect less of her, and you'll accept lower achievements from her; this will probably de-motivate her, and sure enough your child's progress slows down.

Your prediction becomes self-fulfilling. That's why it's vital to expect the most of early childhood cognitive development, and to continually provide a high level of stimulation for her.


TOP of Cognition in Children

BACK to Brain Gym Exercises