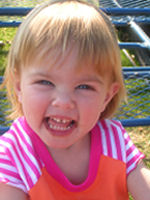 Such behavior can start out in childhood, adolescence or adulthood. In children it is referred to as a conduct disorder.

Children with conduct disorder have great difficulty following rules and behaving in a socially acceptable way.

Here I will address various topics that might influence anti social behavior in children.

Some children form an attachment to a cuddly toy or an item such as a blanket, or continue to suck a dummy long after they have stopped bottle- or breastfeeding, or develop the habit of sucking their thumb or twiddling their hair.

This is a normal pattern of behavior and is nothing to worry about. Psychologists believe that kids comforters of this sort give your child extra security at times when he particularly needs it, perhaps when he's tired, in unfamiliar surroundings or when going to bed.

Most children grow out of this behavior by the time they are 3 or 4 years old.

It's a mistake to think that discipline for young children is principally about punishment of misbehavior. In fact, the definition of discipline...

... the word "discipline" derives from the Latin word which means "learning" - in other words, you should aim to create a system of rules at home that enables your child to learn how to behave appropriately.

Rote learning of rules, however, is not one of the most effective ways to discipline a child. If your child knows a rule without having any understanding of why there is such a rule in the first place, then she'll probably break it the moment you turn your back.

Always try to explain in simple terms the purpose of the rules you lay down for your child.

Regularly criticizing your child for his misbehavior (unacceptable kids behavior) results in low self confidence and creates a bad atmosphere for everyone at home. When you want him to change his behavior, merge your negative observation with a more positive comment.

For instance, instead of saying "You're naughty for leaving such a mess" you could say "I'm surprised at this mess because you normally tidy your toys away".

Avoid criticizing your 2 year old as a person ("You're horrible for doing that") which may make him feel unloved. Instead focus on your disapproval of his behavior ("I love you but I don't like what you did").

Evidence from studies suggests that most children develop at least one fear during the pre-school years, though girls tend to have more fears than boys. Fears develop at this age as a result of a combination of the child's very active imagination and her fluctuating confidence.

Typical fears of a child aged around 30 months include fear of small animals that move quickly, and fear of darkness. These fears tend to appear very quickly and also vanish very quickly.

You can help your child get over a fear by supporting her, by encouraging her to face it, and by not making fun of her.

Every 3 year old has moments of temporary unhappiness, but these negative feelings soon pass. If he appears continually unhappy, do you best to find out what's troubling him.

Your child can be upset for a number of reasons, even though these may seem trivial to you. For instance, not being able to draw well, being unable to climb the ladder up to the slide, or a comment from another child about his speed of running, could make your child feel unhappy.

Talk to him when he seems down and try to offer a solution to his difficulty. Above all, reassure him that you think he is terrific.

Never make fun of your toddler regarding the topics mentioned above. Just be aware that your social environment at home also contributes to the development of anti social behavior in children.

BACK to Social and Emotional Development